The year 1945 was a banner one for Aldo Leopold’s graduate program in wildlife management at the University of Wisconsin. During the war years, Leopold had relatively few students with him on campus. But the passage of the G.I. Bill in 1944 and the end of World War II in 1945 brought a wave of students into the program.

Six students who had been in the service enrolled, including Frederick Greeley (1920-2004). Fred had been admitted in 1941, but deferred entry into graduate school until his military service obligations were completed in 1945.

Fred’s Path Before the War

Fred found his way to Leopold’s department through a remarkable network of connections with several well-known field biologists of the day. He became interested in natural history as a teenager growing up in Illinois. During summers in northern Wisconsin, he assisted researchers from the Field Museum of Natural History. Then, as an undergraduate at Harvard University, he assisted Professor Donald Griffin with field studies of Leach’s Petrels. He also met Professor Alfred Gross, who had studied the now extinct Heath Hen and carried out pioneering research on Greater Prairie-Chickens in Wisconsin.

Fred later transferred from Harvard to Kenyon College, graduating with a degree in biology in 1941. He was led to investigate Leopold’s graduate program through a connection with Dr. Karl Schmidt of the Field Museum. Karl’s brother, Franklin Schmidt, had been one of Leopold’s earliest students at the University of Wisconsin.

After Fred contacted Leopold in 1941, he was welcomed into the program and assigned to work on a summer project in Delta, Manitoba, with Canadian researcher Al Hochbaum, another early Leopold student. Leopold wrote a wry note to Fred saying that “for the summer, ‘paid’ is of course a euphemism in your case, but it’s what the border officials want to know.”

Despite the lack of pay, Fred spent the summer in the field with Hochbaum and Leopold. Having proven his skills as a field biologist, he was then formally admitted to Leopold’s graduate program.

But, in September, before he could begin his studies, Fred was drafted into the U.S. Army. The university deferred his admission until his service was completed, and like several of Leopold’s students at the time, Fred was off to war. Fred Greeley during his military service with his wife Priscilla (Perky). Photo courtesy of Greeley family.

In the rush of entering the Army, Fred failed to return Aldo’s personal copy of Game Management, which had been loaned to him. He sheepishly returned it after Aldo gently reminded him of the oversight.

While Fred was stationed in England, Leopold sent a thoughtful letter of introduction that allowed Fred to meet Oxford professor Charles Elton, the famed ecologist and a close friend of Leopold’s. Also during this time, Fred survived his first and only parachute jump after his bomber was shot down over Belgium. He was rescued by the Belgian underground and hidden until Allied troops arrived.

He returned home in 1944 and married Priscilla (“Perky”) Hannaford, whose father had coincidentally been a classmate of Aldo’s at Yale. He served out his tour of duty in the States, ending up at Truax Field in Madison. In 1945 he began his long-interrupted graduate studies.

Graduate Years and Beyond

During his years of study with Leopold, Fred frequently accompanied his mentor on hunting trips to the Shack and other sites in the Sand Counties. At a 1984 reunion of Leopold’s students, Fred recounted several of those outings that revealed much about Leopold’s character. Fred with wife Perky and daughters Harriet and Lynn, during the deer nutrition trials at Durham, NH, 1955. Photo: Greeley family

On one of the hunts, Aldo’s A. H. Fox 20-gauge shotgun — custom made for him without a safety — accidentally discharged, leading to an embarrassed apology.

On another occasion Aldo’s dog, Flick, chased some cows, prompting Leopold to use some colorful language. This again required a humble apology to his companions, as well as to the farmer whose cows had been stampeded.

Fred recalled yet another outing on the opening day of pheasant season, when he and Aldo saw two hunters shoot at a Red-tailed Hawk. Incensed by their irresponsible behavior, Aldo ran down the hunters and gave them a stern lecture about sportsmanship.

During his master’s work, Fred made an important breakthrough in the sexing and aging of American Woodcock, and for his Ph.D. broke new ground on the ecological implications of endocrinology. He was intrigued by the pioneering work of Professor Hans Selye, who described the “general adaptation syndrome” of how animals react to stress, a process mediated by changes in the endocrine system.

Fred went on to investigate how the pituitary gland was involved in stress reactions in Ring-necked Pheasants — a truly pioneering study in the then-new field of physiological ecology. After Leopold’s death in 1948, Fred finished his Ph.D. work in the department of zoology. 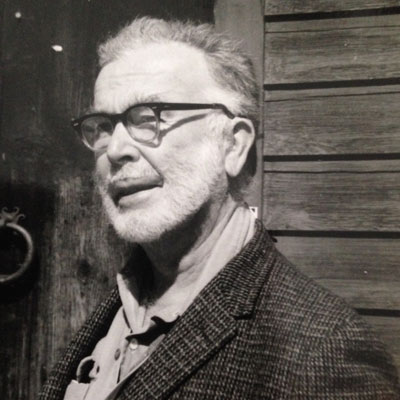 Upon graduating in 1953 with an M.S. and Ph.D., Fred took a job studying deer nutrition with the New Hampshire Fish and Game Department. This was followed by a post examining pheasant distribution and nutrition with the Illinois Natural History Survey.

In 1960, he joined the faculty of the Department of Forestry and Wildlife Management at the University of Massachusetts-Amherst. There, he was selected as successor to Professor Reuben Trippensee, a legendary Leopold contemporary and author of the influential 1948 book Wildlife Management.

Fred single-handedly transformed the department, moving it from a focus on wildlife management to wildlife biology. He also founded a Ph.D. program and taught eight different classes. During his distinguished academic career, Fred was also an active leader of the New England Section of The Wildlife Society and a member of many other wildlife organizations.

After his retirement in 1981, Fred continued to spend summers at his family’s 1,000-acre camp in northern Wisconsin, the place where his teenage interest in wildlife had been nurtured. Frederick Greeley died in 2004, survived by his wife Perky and the couple’s four daughters: Holly, Lois, Harriet, and Lynn.

At top: Fred Greeley (left) on a woodcock hunt with Aldo Leopold and Leopold’s dog, Flick, in 1946. Photo: Leopold Archives.